The German Shepherd, though not an American breed, is one of America’s most loyal and fierce family dogs!

German Shepherd dogs are frequently known to provide protection for families, police, and people with disabilities. They are widely used as guard dogs, police dogs, and herders – sometimes to little kiddies at home! Their work ethics are nearly unmatched, because their level of trainability is high and their intelligence is incomparable. German Shepherd puppies are incredibly eager to learn and crave challenges which lends itself to their outstanding obedience. Like any dog, they don’t respond to anger or negativity. These pups command authority, so everyone in the household should be prepared to “show” them respect, with a firm but gentle touch!

At first glance, you’ll notice that German Shepherd puppies are handsome and regal, with a powerful disposition. Their bodies are always much longer than they are tall, giving a wolf-like build and appearance. This breed varies in color and there are various mixes of lines, including American, Canadian, West German, East German, and Czech. Each line has its own breeding purpose, however physically they differ slightly.

Consistently, the German Shepherd dog has front legs that are straight, while their thighs are very toned and extremely muscular. The head is well-proportioned to the rest of the body, with inquisitive almond shaped eyes that range from black/dark brown to light orange/yellow/red brown. Their ears typically stand up when they’re approximately a year old and are held erect on the top of their head. Their muzzle is long, with a black nose and strong teeth that meet in a scissors bite. They have distinctive bushy, long tails that hang downward with a slight curve when they’re at rest and curves more noticeably when they get excited.

They Are Family And Kid Friendly Dogs

German Shepherd puppies have high energies and are perfect for families with kids. They don’t get tired too soon, so children can play with them endlessly! It’s true that they don’t take very well to strangers, but they have a sweet and friendly disposition towards their family members. They absolutely love playing with kids, especially if they’re trained to do so at a young age. German Shepherd puppies are an addition to your family which are recommended and one you won’t regret! 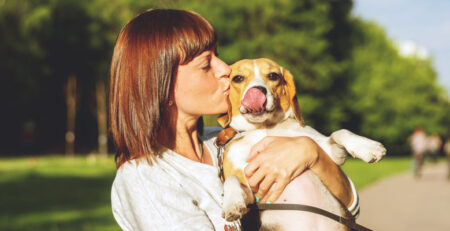 Ways to Build Trust with Your Dog

The Nose Knows – 5 Facts About Dog’s Sense of Smell

There's is one thing for sure, a dog has a strong... read more

Saint Bernards are giant, muscular, and strong dogs! Like any other... read more

You know a feisty little Chihuahua when you see one, that's... read more

Maybe you don’t know this fun fact, but there are over... read more 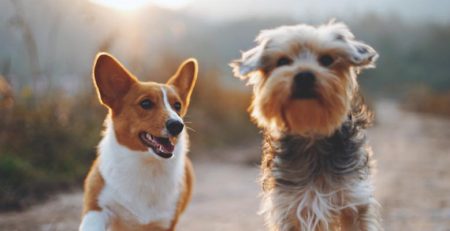 Choosing the Best Dog Breed for You

The Best Dog Breeds This Year

Should I bring my puppy?

As a new puppy owner it's hard to think of leaving... read more