Those are just some of the ways we describe the Rottie puppy. We’ve compiled some fun facts about these big beauties and broken them down into categories. Take a look!

Why Do Dogs Shed, Anyway?

There's no way around it, shedding stinks -- whether you're sick... read more

You know a feisty little Chihuahua when you see one, that's... read more

How to Properly Care for Small Dogs

What To Expect From Your New Puppy

Puppyhood is often compared to parenthood and for many of the... read more

Today is National Take a Hike Day, which is observed annually... read more

Being a dog owner is a big responsibility, but it’s a... read more

Why Buying Newborn Puppies Is Important

There are billions of dogs for sale almost everywhere. These dogs... read more 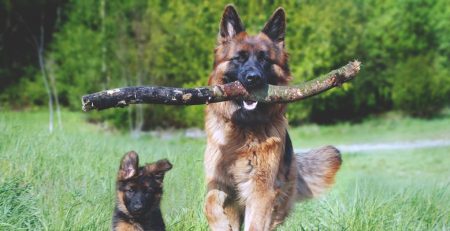 Holiday Do’s and Don’ts for Pets

Halloween is over. Thanksgiving has come and gone. There are still... read more