You’ve seen these really tiny dogs and probably assumed they were puppies, but in actuality, you were cooing at fully grown teacup puppies! They’ve been popularized by Hollywood and they are here to stay! So what are they exactly? Extremely small dogs are unofficially referred to as teacup puppies. And yes, you’re right if you think that the name is associated with an actual teacup. They’re small enough to fit in one. They may also be referred to as micro-dogs, as well.

What’s the history of teacup puppies?

Teacup puppies are both the result of intentional and unintentional breeding and some are runts of the litter. A lot of people tend to lump toy and teacup puppies together and they simply think that toy dogs are a new phenomenon. In actually, it’s the teacup puppies that are new.

Toy dogs are documented as far as 12,000 B.C. Back then, several breeds were created in different sizes to serve different purposes. For instance, some of the toy dogs were bred to be everything from pet companions to hunters and even to watchdogs. Also during those times, some toy and small dogs were domesticated and used as food or fur sources, while others were strictly treasured by their human families and used as companions. The latter was especially true for the wealthy.

Why weren’t there any teacup puppies during those times? The answer is simple. It was impractical and difficult to care for them, because of their size and fragility.

How do you take care of your teacup puppy?

Feed your teacup puppies a healthy diet always. It should be one that’s very rich in fiber. Purchase canned or dry foods that contain ingredients like eggs, chicken, fruits, veggies, and omega 3 fatty acids. Stay current on visits to your vet. Brush your pup’s teeth regularly. Allow teacup puppies get sufficient rest. Provide a comfortable bed for your teacup puppy. Teacup puppies actually need about 14 hours of sleep each day!

Teacup puppies can live healthy and happy lives if matched with the right pet owners who can properly care for and love them. If teacup puppies sound like the right kind of dogs for you, let us know!

Are you a new pet owner? This is one of the... read more

These dogs are undeniably unforgettable. When you see full grown Shiba... read more

Want to know why people across the world just love Beagle... read more 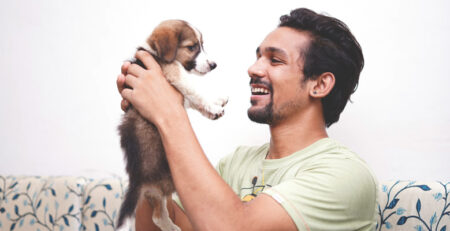 If your home is about to be blessed with a new... read more

5 Reasons to Get St. Bernard Puppies

We've written an entire post about our St. Bernard puppies because... read more

Today is National Take a Hike Day, which is observed annually... read more 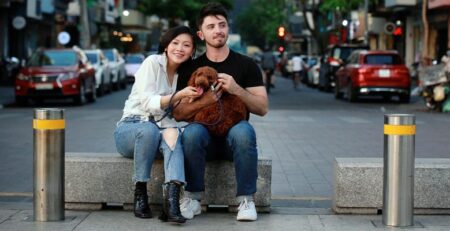 Get Better at Dating: Have a Dog!

It is said that dogs are man’s best friend, but they... read more

Interested in our puppies for adoption? As an adoption center for... read more