Maybe you don’t know this fun fact, but there are over 300 different dog breeds in the world!

The most popular breeds that live and are currently bred in the United States don’t have American origins, however. We’ve created a list of 7 absolutely American puppies that you may or may not have known!

The American Foxhound is one of the rarest dog breeds that are native to America. They came to the American colonies from England in 1650, by a man named Robert Brooke. He transported them and “established a breeding and working pack of black and tan foxhounds in America,” the AKC states. George Washington owned many of these beautiful foxhounds and helped to create some of the best early examples of the breed.

So you’ve surely heard of the almost hairless Chinese Crested dog, but have you heard of the American Hairless Terrier? Yeah, we kinda figured that! They were actually the first ever hairless breed to be originated in the United States. They happen to share the same lineage as the Rat Terrier until the 1970’s. Around that time, a rare mutation occurred in a litter of them and so was born the American Hairless Terrier, another hypoallergenic puppy!

Nicknamed “The Chessie,” these American puppies have an origin date of 1807. Two Newfoundland dogs were rescued from a shipwreck off the coast of Maryland, near the Chesapeake Bay river. They were bred with other water loving breeds and eventually they became the family friendly, outdoorsy, and energetic Chesapeake Bay Retriever.

One of the most recognizable American puppies is the Alaskan Malamute. Their wolf like stature and facial markings are instantly impressive. Some believe that they are part wolf, but that’s debatable. They’re often playing the part of wolves in movies and television shows, but they’re truly domestic dogs. They are primarily companionship American puppies, but they’ll easily excel in several dog sports like obedience competitions, weight pulling, backpacking, and recreational sledding.

The breed, just as their name suggests, originated in Boston, Massachusetts somewhere around 1870, then later adapted the name “Boston Terrier,” in 1891. They were finally and formally recognized by the American Kennel Club in 1893. In the 20th century, they began being bred to be much smaller, loving companions versus fearless, ferocious fighters! You certainly won’t know it today from looking at these dapper little dogs, but they were originally developed for fighting. Now, they excel at looking and being adorable family pets.

Reasons to Take Your Dog On Your Spring-cation

Are you planning a trip this spring break but have no... read more

Prepping For a Puppy

We take excellent care of all the dogs in our care.... read more

One of the hardest presents to think of is a Valentine’s... read more 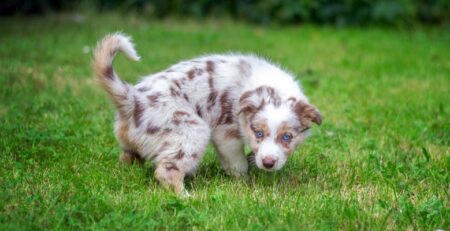 You've brought home the newest member of your family - a... read more

Why some dogs bark and others don’t

If you live in an apartment and you are looking for... read more

You’ve seen these really tiny dogs and probably assumed they were... read more

The Best Dog Breeds This Year